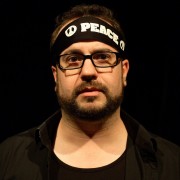 I hadn’t acted in years. I’d lost my passion for it. My dear friend Annette spotted an ad in the local paper saying that there were auditions being held for Pitchy Breath’s upcoming production ‘Shorts’. She virtually had to drag me along as I wasn’t all that keen. To this day, I feel owe her a massive debt of gratitude because I haven’t looked back :o) END_OF_DOCUMENT_TOKEN_TO_BE_REPLACED 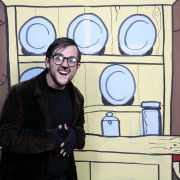 Previous to last year I had acted in 9 Pitchy productions, my first at the tender age of nine. As the old cliché goes, you get out what you put in, and at PB, it’s no exception. I had always wanted to try my hand at directing and upon discovering the next show in the spring would be the third instalment in the series of Shorts (the first two I had immensely enjoyed as an audience member), I thought this a perfect opportunity to test the waters with something a little less daunting. END_OF_DOCUMENT_TOKEN_TO_BE_REPLACED 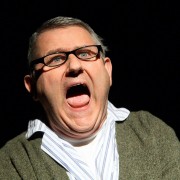 Even the professionals baulk at the idea of auditioning, standing in front of serious faced directors and baring their soul. However the good news at Pitchy Breath is we’re friendly, smiley people who just want to get the best people for the best parts.

No two auditions are ever the same. Different directors work in different ways so don’t come with any preconceived ideas, just come open minded and ready to react to whatever comes your way. END_OF_DOCUMENT_TOKEN_TO_BE_REPLACED